Imee on #MarcosDuwag tag: ‘My brother is just not a coward’ 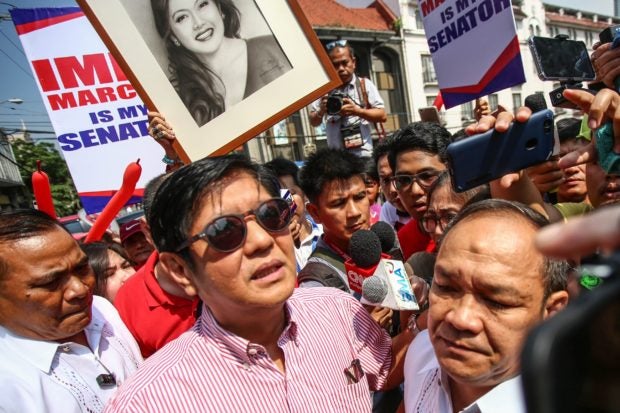 MANILA, Philippines — Sen. Imee Marcos on Saturday defended her brother, former Sen. Ferdinand Marcos Jr., in opposition to the tag #MarcosDuwag that has been spreading on-line as a result of the presidential candidate refused to attend debates and interviews.

“I’m aggravated on the hashtag ‘Marcos duwag.’ My brother is just not a coward. And for my part, he can simply reply [the debate question]. Yun pa,” Imee stated, talking in Filipino, in an interview over AM radio station DWIZ.

“On my half, [I know] my brother is delicate. He’s type. So he will get harm when he’s being criticized,” she added.

Imee additionally famous that different candidates could gang up in opposition to her brother.

“As everyone knows, once you take that lead, they may gang up on my brother. So he suggested to not [attend],” she stated.

Marcos skipped the interviews organized by Jessica Soho, AM radio DZBB, and the KBP’s presidential discussion board. He additionally skipped the CNN Philippines interview.

Nevertheless, he attended the debates organized by SMNI and the interviews hosted by Korina Sanchez, Boy Abunda, and AM radio DZRH.

Bongbong Marcos camp: It ought to be presidential interview, not debate