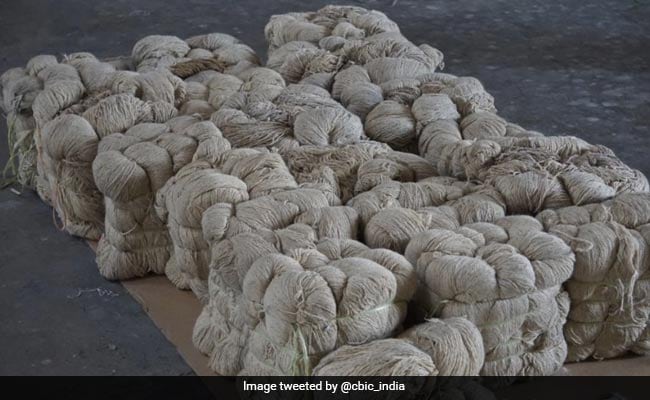 In a joint operation, the Gujarat Anti-Terrorist Squad(ATS) and the Directorate of Income Intelligence (DRI) have recovered almost 90 kilogram of heroin price Rs 450 crore from a delivery container that arrived on the Pipavav port in Amreli district from Iran, the state DGP stated on Friday.

To dodge the authorities, the drug syndicate had utilized a novel modus operandi during which threads had been soaked in an answer containing heroin, which had been then dried, made into bales and packed in baggage for export, stated Gujarat Director Basic of Police Ashish Bhatia.

«The container, having massive baggage of threads, arrived on the Pipavav port from Iran almost 5 months again. A forensic evaluation of 4 suspicious baggage having threads weighing almost 395 kg revealed that the threads contained opiate by-product or heroin. In all, we discovered almost 90 kg of heroin price Rs 450 crore from these threads,» Mr Bhatia informed reporters in Gandhinagar.

In a launch, the DRI stated these baggage having heroin-soaked threads had been shipped together with different baggage having bales of regular threads to keep away from detection by the authorities.

«The modus operandi on this case would have required the extraction of heroin combined within the threads. Examination and seizure proceedings by the DRI below the provisions of the NDPS Act, 1985 are underway,» stated the discharge.

(Aside from the headline, this story has not been edited by NDTV employees and is revealed from a syndicated feed.)