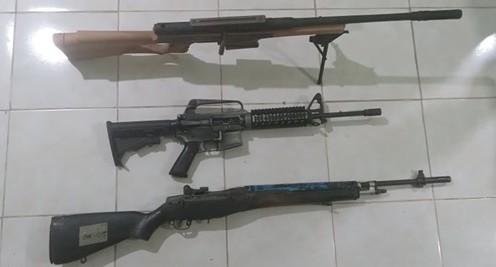 MIDSAYAP, Cotabato — Troopers manning a checkpoint right here have prevented the transport of high-powered firearms and arrested a courier, the Military stated Saturday.

Appearing on a tip from a involved citizen, troopers from the Military’s 34th Infantry Battalion flagged down a tricycle in Barangay Kapinpilan on Friday afternoon.

Three high-powered firearms believed to be from the outlawed Bangsamoro Islamic Freedom Fighters (BIFF), had been seized from the tricycle pushed by 28-year-old Avier Amal, a resident of Barangay Damatulan, Midsayap.

Troopers discovered two M-14 rifles and one M653 carbine rifle from the tricycle.

Amal, who refused to speak to the media, is dealing with costs for violation of the election gun ban and for unlawful possession of firearms.